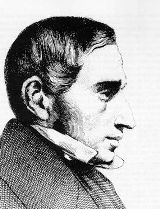 In 1845, the discrete map was introduced in its continuous form by Pierre-François de Verhulst (1804-1849) [1]. It is the first order differential equation

where N is the number of individuals,

is the maximum growth rate, and

is the biotic capacity. Dividing by

, the most often form of the logistic equation is obtained, that is,

It was investigated in its discrete form

by Pekka Juhana Myrberg (1892–1976) in the early 1960s [2] : in particular, Myrberg identified the period-doubling cascade and the corresponding accumulation point. In fact, Myrberg did not investigate one map, but a family of quadratic one-dimensional continuous maps

on the interval I. For all maps, the accumulation point is provided by

is the parameter value at which the orbit of period 20=1 occurs. In 1964, Andrei Sharkovskii obtained a theorem providing the order with which period-p orbits appear for the first time when the bifurcation parameter is varied [3].

In 1973, Metropolis, Stein & Stein investigated quadratic maps - the logistic map being a simple particular example - and found that the order in which all limit cycles were observed was ``universal’’, that is, was not dependent on the specific algebraic form of the map considered [4]. An important aspect of their work is that they used symbolic dynamics. In 1974, using numerical simulations, Robert May rediscovered the period-doubling cascades and showed that chaotic regimes occur after the accumulation point [5]. May then used the logistic map to show that a simple map can induce very complicated behaviors [6]. In 1975, Igor Gumowski and Christian Mira showed that the sequences of period-doubling cascades was fractal in the sense that the whole bifurcation diagram can be recovered in a part of it : they called this the box-within-the box structure [7]. In 1977, John Guckenheimer provided a formal introduction to the `universal’’ sequence of bifurcations which take place with respect to the bifurcation parameter

[8]. The family of maps considered have the following properties :

is a smooth function and has a single critical point (quadratic maps are thus included, but unimodal maps is a more general designation). Guckenheimer provided an algorithm for computing the order of the period-p of the stable limit cycle observed while varying the bifurcation parameter.

In 1978, Pierre Coullet and Charles Tresser [9] and Mitchell Feigenbaum [10] independently investigated the renormalization properties of continuous unimodal maps and found that there is a scaling law on the parameters

The logistic map presents a period-doubling cascade as a route to chaos as shown by a bifurcation diagram (Fig. 1). The Logistic map has two period-1 points : x0=0 and

. The point x0 is stable on the range

. The second period-1 point is stable on the range

. Then a first chaotic regime is observed. Many other period-doubling cascades can be found in this bifurcation diagram. Let us note the cascade emerging from the stable period-3 limit cycle appearing at

When a blow-up is made within the period-3 window, a picture equivalent to the full bifurcation diagram is recovered (Fig. 2). This is a simple illustration of the nature (the box-within-the box structure) of the bifurcation diagram. The order with which all the limit cycles when parameter

is increased can be predicted by the so-called unimodal order, built from the symbolic dynamics based on the partition