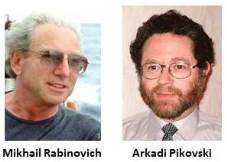 It is known that one of the mechanisms widely used to limit the intensity of parametrically amplified waves is the transfer of energy from them to waves that are damped in the linear approximation and are produced as a result of decay instability. In the simplest formulation, an investigation of this mechanism leads to the problem of the interaction of three resonantly coupled waves ; this differs from the classical problem in that besides the linear damping, two of these waves possess a parametric growth rate. Arkady Pikovsky, Mikhail Rabinovich & Yu Trakhtengerts considered the parametric interaction, in a nonisothermal magnetoactive plasma, of a whistler with ion sound and with plasma [1]. The phases of three waves in interaction are governed by

this system produces a chaotic attractor (Fig. 1) which is topologically equivalent to the Lorenz attractor. 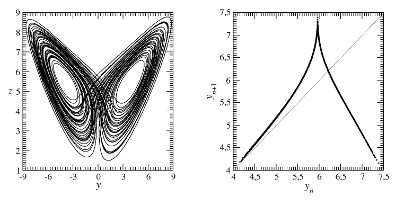 Fig. 1. Chaotic attractor produced by the system for parametric instability with its "cusp map", so characteristic of a Lorenz attractor.

the Rabinovich system can produce a four wings attractor (Fig. 2) [2] 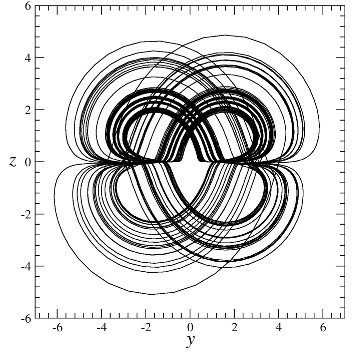