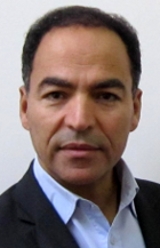 Double-scroll attractors were known sinceone was proposed by Otto Rössler  [1] or the Chua circuit was designed but it is possible to produce a larger number of scrolls. This was completed for the first time, at least for the non-autonomous case, by Aziz Alaoui in 1999 [2]. Among other systems he proposed, we here present the one as follows

which produces a genus-5 multispiral attractor as shown in Fig. 1 for parameter values

The attractor is here shown in the

plane projection. Its topological analysis is provided in [3]. 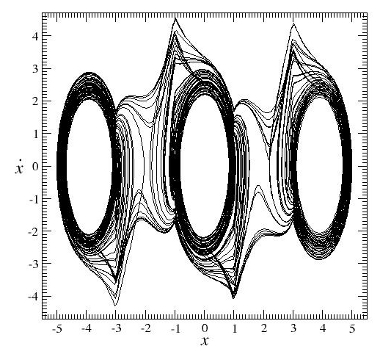