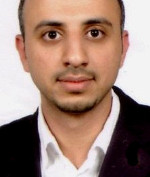 Abstract
Cardiorespiratory monitoring of newborns presenting some alerts remains an important task. Due to that, it is still required to investigate the reliability of these techniques due to the large rate of false alarms : in the best case, newborn’s family does no longer use the monitor. In this work, we started by a large review of the infant sudden death syndrome in order to exhibit its specificity and, by this way, the specificities of the cardio-respiratory system in newborns. We thus showed that the main aspect of this system is its lack of maturation and infant’s ability to wake up in acute situation. We then tested a setup based on acoustic sensors to monitor the cardio-respiratory system of infants.

Unfortunately, we were not able to obtain a system with a high reliability. Moreover, the classical monitors also present some weakness. The electrocardiograms recorded during this protocol were used to build tachograms (times series of RR intervals) allowing to investigate the cardiac dynamics of infants with cardio-respiratory alerts and hospitalized at the pediatric care unit at Rouen Hospital. This is a quite rare database, at least from the very small number of papers published with such data.

This Ph.D. Thesis can be downloaded here

This Ph.D. Thesis was supported by the Fondation de France